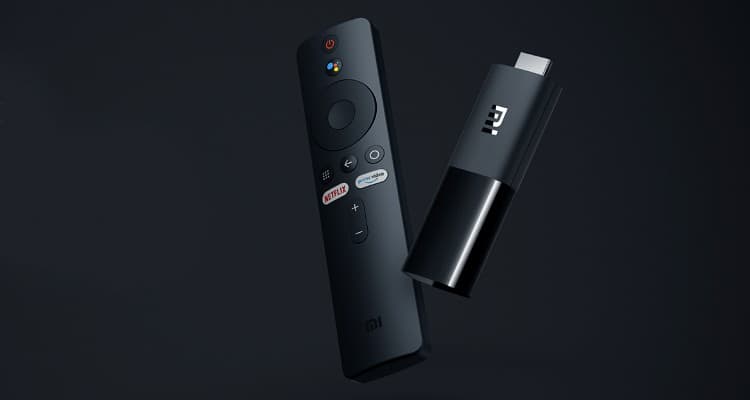 Xiaomi Mi TV Stick Review: Is It Better Than Other TV Sticks?

There are many great TV sticks available on the market today, but not all of them share equal parts of the spotlight online. That’s why today I’m going to tell you all there is to know about an all-new device in this Xiaomi Mi TV Stick review. You’ll soon find out just how viable of a competitive alternative it is against other more well-known TV sticks. 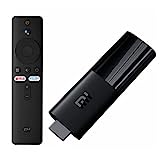 TV sticks are rising in popularity because they are cheaper and easier ways to upgrade your TV. Not everyone has to make the upgrade to a full Smart TV or a Smart TV box as TV sticks alone will add so much functionality to your television set for an affordable price.

Now let’s find out if this TV Stick is worth your time and money in today’s Xiaomi Mi TV Stick review.

What is the Xiaomi Mi TV Stick?

The Xiaomi Mi TV Stick is an all-new TV stick that was recently released this year in the summer of 2020. Like all TV sticks, the Xiaomi Mi TV Stick plugs into your television set via an HDMI port. Once plugged in and installed, the Mi TV Stick will grant you access to multiple applications, many of which are suited for online streaming services.

The Mi Stick was actually designed to be a more affordable alternative to their previous Xiaomi Mi TV Box. The Mi Box does have some better specs but is essentially the same kind of device. 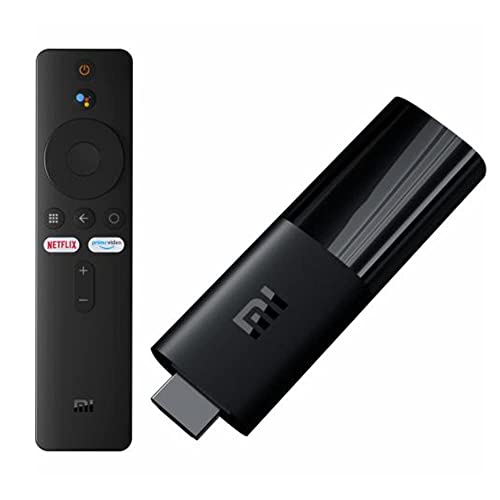 The standard version of the Mi TV Stick boasts some pretty impressive specs considering its small size and low price. Not only does it have 1 GB of RAM but also contains 8 GB of storage space. It outputs at a maximum of 1080p and 60fps, making it a great choice for playing just about any major streaming platform on any TV, new or old.

The Mi TV Stick comes included with support for Chromecast, Google Assistant, Bluetooth 4.2 and uses the Android 9.0 OS. It boasts a 2.0Ghz quad-core CPU for its processing power. The Mi Stick also supports dual-band wi-fi connections and is compatible with both Dolby Audio and DTS Surround Sound for superior audio quality.

As for the 4K version of the Mi Stick, the differences are of course that it outputs at a higher 4K resolution, has 2 GB RAM, and uses a more advanced CPU. It also uses a USB-C cable and port instead of micro-USB. Other than these four differences, both versions have identical specs.

Both versions also come included with a very intuitive Bluetooth remote control and have dedicated buttons for popular streaming services such as Amazon Prime and Netflix.

How Do You Use the Mi TV Stick?

The Mi TV Stick is meant to be used as an upgrade to your current TV set. Once plugged into an HDMI port and installed, you will have access to its primary menu and interface running on the Android 9.0 operating software. It is from here where you will now be able to use your TV like a Smart TV.

One of the best features that TV sticks like the Xiaomi Mi offer is the ability to download streaming platforms so you can watch them on your big screen. Part of the great appeal of the Mi TV Stick is that it has a wide range of compatibility with many great streaming platforms. 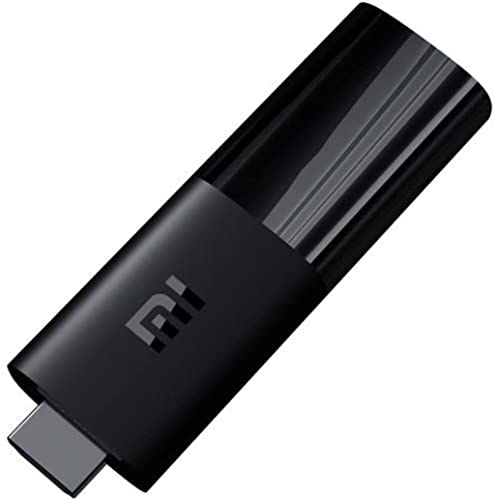 The included Bluetooth remote control is also very easy to use. In total it only has 11 buttons. Some of them are basic such as the power and volume keys. Others are dedicated to streaming platforms like Amazon Prime Video or Netflix. The center button acts as a wheel for navigation but the remote also works with Google Assistant thanks to the voice button.

In short, the Mi TV Stick allows you to download all of your favorite apps and use them on your TV set as if it were a giant Android smartphone.

How to Setup the Mi TV Stick

Installing the Xiaomi Mi TV Stick is luckily very easy to do and only requires a couple of simple steps.

When you open up the box, you will be greeted with only a few components: the TV stick itself, the remote control, a wall adapter, a micro-USB to HDMI cable, and the instruction manual. All you have to do is plug in the Mi TV Stick into an HDMI port, normally located on the backside of your TV though some are also on the sides as well. Next, you will use your TV remote to switch output to the HDMI port you plugged the TV stick into.

The Mi TV stick itself requires power to operate properly which is where the USB cable and wall adapter come into play. Plug in the USB cable into the Mi TV Stick’s USB slot and then plug the other end of the cable into the power adapter. Then simply plug in the adapter into a wall socket and now your TV Stick will have power.

Once plugged into both your TV and the wall you will need to use the remote control to turn on the TV stick. Plug in two AAA batteries and hold the power button and the Mi Stick will activate. The remote should pair with the Mi TV Stick automatically. In case it doesn’t you can hold down the Home button for a few seconds to manually pair it to the TV Stick. 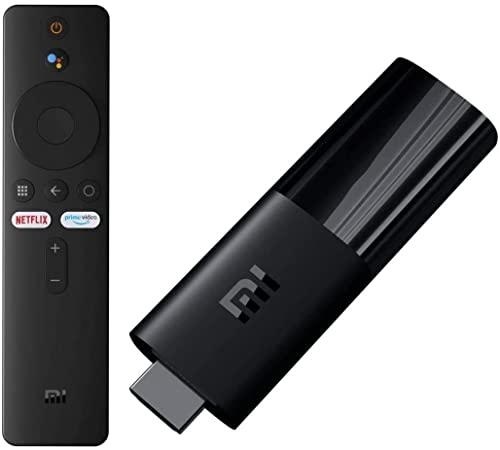 You will be greeted with a loading screen and then soon a boot-up process. Here you will input some basic information, select your language and region, and right after that, you will be prompted to select your wi-fi network. Input your password and then the Mi TV Stick will download any updates necessary.

A tutorial will then pop up walking you through the basics of menu navigation and the functions of the remote control. Then all you have to do is accept the terms and services and you’ll be ready to download all the Android apps you want!

With the Mi TV Stick recently arriving on the scene, people are beginning to ask if this new and impressive device can hold a candle to Amazon’s Fire Stick, which is often considered to be the definitive TV stick on the market. Has the Mi TV Stick surpassed it in terms of both specifications and functionality? Should current Amazon Fire TV Stick owners replace theirs with this all-new device?

That’s more or less where the similarities end, however. The Mi TV Stick uses a 2.0Ghz quad-core processor whereas the Fire Stick uses 1.3Ghz.

One of the biggest advantages of the new Mi TV Stick for most people is going to be that it runs on Android 9.0 TV OS. While the Fire OS 5 of the Fire Stick has certainly gotten many good reviews, there is still no denying that Android holds a dominant position when it comes to people’s preferred operating software. Being able to download all the Android compatible apps you want will be a huge bonus for people who are already used to the benefits of other Android devices and smartphones.

In my experience, I personally would choose the Mi TV Stick over the Fire Stick. I prefer its greater selection of apps, its superior processing power, and the very affordable price makes it an extremely competitive alternative. If you already own an Amazon Fire Stick then you can safely keep that as it is still a great device. But for anyone who is in the market for a new TV stick or is looking to grab their first-ever TV Stick, I have to wholeheartedly recommend Xiaomi’s new device.

However, let’s take a deeper dive into a comparison between the Mi TV Stick and Google’s own Chromecast.

Both devices are quite affordable and are compatible with many different apps including Netflix and Youtube. The Google Chromecast also has the benefit of seamlessly working together with Google Home. But, Google Chromecast requires a separate device to stream content from, like your phone, and is not very useful as a standalone device.

When it comes to the specs however, a different story is told. The Mi TV Stick has much better processing power, double the amount of RAM, works with DTS audio, and has a much more intuitive and in-depth OS, plus many other supplementary features not found on the Chromecast.

There’s no denying that the Xiaomi Mi TV Stick offers way more power and functionality compared to the Chromecast despite the fact that they are the same price currently. Because of this, I have to give my vote to the Mi TV Stick for offering so much in such a small package for such a small price.

The Mi TV Box is for all intents and purposes the predecessor of the Mi TV Stick. Both offer similar features but there are some key differences in specs and therefore in performance as well.

The Mi TV Box offers double the Ram of the Mi TV Stick. This should be of little surprise as it is certainly the bigger device and can hold more power. Both devices, however, have 8 GB of storage and nearly identical CPUs and GPUs.

The new Mi TV Stick can work with a few more audio codes, is working with the latest version of Bluetooth, and is a little cheaper. So at the end of the day, I think that both devices are definitely worth their own respective prices and are definitely very impressive TV add-ons considering their price.

Whether you want to pay a little more for the extra RAM performance is entirely up to you. However, the Mi TV Stick is certainly quite efficient on its own and shouldn’t disappoint anyone.

Is the Mi TV Stick Worth Buying?

I can say without a doubt that the Xiaomi Mi TV Stick is absolutely worth buying. Some people are already calling it the best budget TV Stick around and I feel very compelled to agree. It’s more powerful than other TV sticks on the market despite being cheaper and the Android OS is a huge sell that cannot be understated. The Mi TV Stick is the perfect TV Stick for Android fans who love downloading as many apps as possible.

Thank you for reading this Xiaomi Mi TV Stick review and I hope your TV stick shopping has been improved in the long run because of it.

Last update on 2022-05-24 at 18:08 / Affiliate links / Images from Amazon Product Advertising API. As an Amazon Associate I earn from qualifying purchases.