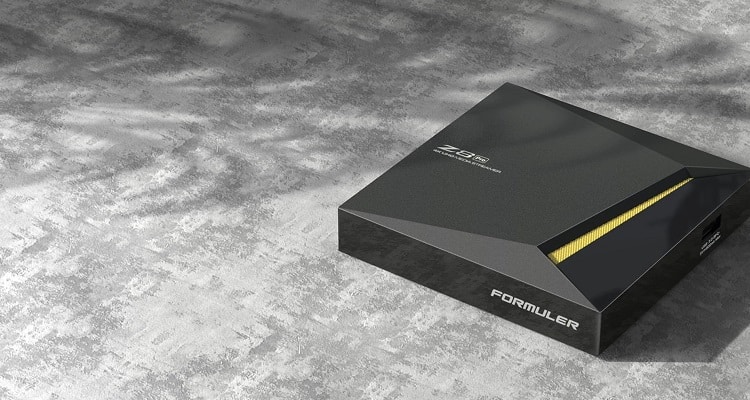 Formuler Z8 Pro Review: Worth An Upgrade From Z8?

For years Formuler has held a reputation as being one of the top manufacturers of high-quality IPTV boxes. To this day they are still best known for their Z8 box, which was so loaded with features that it could make one’s head spin.

But today I’m going to take you down an in-depth look at the Z8’s true successor: the Formuler Z8 Pro. Is it merely a gimmicky cash cow that lives off of the back of its predecessor? Or is this the new king of IPTV boxes everywhere?

If you need a quick rundown on how you can spot the best IPTV boxes on your own, look no further than this concise buyer’s guide.

First, make sure the IPTV box you want matches the maximum resolution of your main TV. If you have a 4K television set, you will want an IPTV device that can also output at that resolution. Australian casinos However, if you only have a 1080p set then there’s no point in spending extra cash on a box that can go beyond that resolution (unless you want to future-proof).

The box’s processing power is another key feature. In other words, there should be more than adequate RAM and CPU power. A quad-core CPU is better than a single or dual-core, and 2GB of DDR4 RAM is better than 1GB of DDR3.

Next, you need to think about if you’ll be using your IPTV box wirelessly or via an ethernet cable. If wirelessly, an external antenna is preferable for a superior connection, both in terms of stability and range. If wired, check to see if the connection speed through the port is high enough to meet your home network specs.

The build of the device should be quality. This is often an overlooked feature but IPTV boxes should be made to last. This goes for the remote control as well and any other components included in the package.

Lastly, you should look for IPTV boxes that already include a built-in IPTV player app on the box. While there are many apps that you can install as APK on Android boxes, they tend to be less optimized and may require some customization to really work well. They may also not be integrated as nicely into the overall System UI. Ultimately, you are buying an IPTV box to watch IPTV streams. A native IPTV player will take care of that.

That concludes our IPTV buyer’s guide. Now let’s jump into our in-depth look at the Formuler Z8 Pro.

The only slight difference in their technical specs is the internet connectivity. Z8 has a 2.4G / 5.0G Dual-band – Dual Antenna while Z8 Pro has an upgraded version of 2.4G / 5.8G Dual-Band Dual-Antenna 2×2 MIMO. 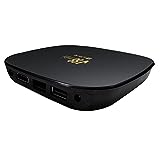 Notably, all of the main apps and features present in the Z8 have returned for the Z8 Pro: turning your Android smartphone into a remote control via app, an IR learning remote control, a detachable external antenna, native MYTV Online 2 IPTV player app, a Smart DVR with time-shifting, Air Sync Remote Z from the Google Play Store and an included remote control extender.

So what’s different about these two boxes on a technical level? Two things: improved wi-fi stability and updated remote control. Are these two differences enough to warrant an upgrade from the Z8 to the Z8 Pro?

That depends on your preferences. If those two things aren’t important to you, then no. If they really are then it probably is. Let’s have a look at the unboxing.

Upon unboxing the Formuler Z8 Pro, I was immediately met with an overwhelming sense of familiarity. The packaging of the Z8 Pro is nearly identical to the Z8, including the components and overall makeup of the device.

The first thing that caught my eye was probably the same thing that everyone else notices first: the yellow streak that was added to the Z8 Pro to distinguish it from its predecessor and its silver streak.

Other than that, both devices are pretty much identical. They weigh the same, they have the same dimensions and the ports on the back are all in the same spots, including the spot to screw in the external antenna.

At this point, I was beginning to ask myself why I need the Z8 Pro when I have already been accustomed to the regular Z8, but then I started to look at the remote control. It’s clearly an updated version over the previous ones. It seems to have studier build quality in my hands and the buttons feel less mushy and more tactile. I definitely prefer the way this new Z8 Pro controller both looks and feels.

The button layout is also an improvement, thanks to placing the more important ones closer to the top which is where your thumb usually is when holding it.

Overall, there isn’t much to differentiate the Z8 Pro from the Z8 at first glance, but at that point, I was still excited to check out if it offers any new functionality or power when it comes to online connectivity and video decoding.

The Z8 Pro is unsurprisingly just as fast and powerful as the Z8, as expected when going off of the near-identical specifications. It is easy to set up and quick to boot up afterward. There is very minimal lag or buffering when running it at 4K 60fps, though when it came to gaming there was some noticeable jiggering. Gamers are better off sticking to their dedicated consoles or PCs, or the Nvidia Shield.

It is very easy to make adjustments on the fly when it comes to recording via DVR or just customizing playlists, even when in the middle of a movie. The interface is slightly different looking from before, but it’s just as smooth to use and as easy to navigate.

Nothing is overcomplicated here.

And last but not least, the Z8 Pro is absolutely an excellent choice for people who own a fancy UHD HDR TV set. The good news is that it displays this content just as well as the Z8, although the bad news is that it doesn’t seem to go beyond that as far as picture quality or decoding.

My experience using the Z8 for Wi-Fi connections was pretty positive. My router isn’t too far from my home theater set up so as long as an antenna is either external or strong, I almost always have great stability.

I am always an advocate for wired connections when possible, but just like with the Z8, the Z8 Pro gives you the freedom to use a Wi-Fi connection very easily. The connection quality is astonishing, even when you are streaming very beefy data like 4K in 60fps.

Formuler claims that the Wi-Fi capabilities have been improved with the Z8 Pro but I personally could not tell much of a difference between the two. They both perform stupendously, but if you already own the Z8 standard, I can’t come up with a good reason as to why you should upgrade to this box.

Maybe your mileage varies, but I have never had any issues streaming wirelessly with the Z8 standard. It goes without saying that the same is true for the Z8 Pro too.

I ultimately had a great time with the Formuler Z8 Pro. It is undeniably an excellent IPTV box, as is expected from this tried and tested company. But I can’t help but ask myself just how necessary this device is.

If you’re already an owner of a previous Formuler IPTV box like the 7+ or the Z8 then you may want to skip on this box. Not because it’s bad, but because it will feel too similar to a product you already own. There are definitely upgrades with the Z8 Pro, but they are few and they’re minor.

However, if you’ve never owned a Formuler box before and are curious about all the hype, the Z8 Pro would be a great starting place. It has everything that Formuler is known for. It may be a bit on the expensive side of things, so I recommend getting this box only if you have a 4K TV, preferably with HDR as well. That’s really the only way to get the most potential out of this box.

It may not be the mind-blowing game-changer that Formuler has delivered in the past, but the Z8 Pro still earns my respect for cramming in so many great features and technology all in one tiny box. I wish it weren’t retreading so much familiar territory, but at least it is territory I am more than comfortable being in.

Last update on 2023-02-03 at 06:55 / Affiliate links / Images from Amazon Product Advertising API. As an Amazon Associate I earn from qualifying purchases.