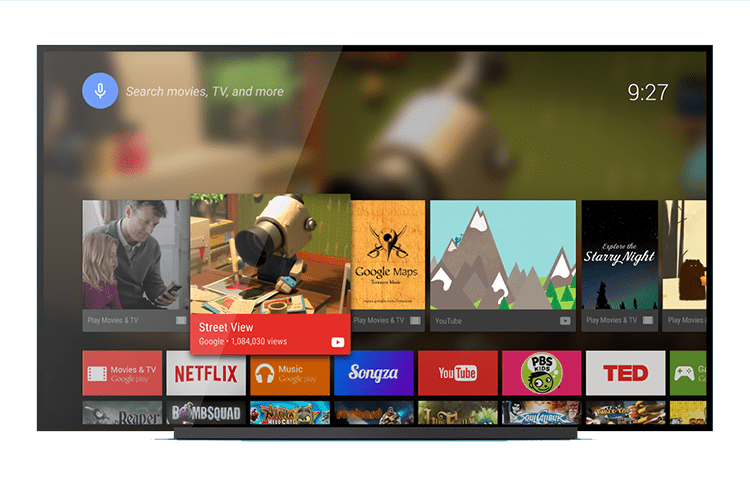 Best Android TV Launchers for your TV Box for 2022

There are many smart TVs out there, and Android TV boxes all come with the same boring stock Android TV launcher. The best way to stand out from the pack is to customize your TV like you do your Android phone, with an Android TV Launcher.

If you want to understand why you need an Android TV launcher, you first have to understand what a launcher is and what it can do for you. Your launcher is not going to make your Android TV box run faster. It is not going to give it a more powerful AI. What it is going to do is help you personalize your user interface. I am not talking about the basics that you can do with a downloaded theme or changing the background and fonts. I am talking about a full-blown makeover.

When you use an Android TV launcher, when you press the home button to go back to your main screen, you will have an entirely new experience. With a new launcher, you can get rid of the many limitations of the stock Android TV launcher and add a bunch of new functions.

Android TV launchers have an App Drawer so you can quickly access the different streaming apps and services that are installed. And the basic, or stock, launcher might look mundane and does not fit your unique personality can be a major drag.

Will an Android TV Launcher make my life any easier?

Well, your television will not get up and make you a sandwich and prepare your taxes, but the launcher will let you put your favorite apps and icons that you think are more important right upfront.

The TV is yours, why are you going to let a company that does not know who you are, dictate how items should be displayed. With the Android TV Launcher installed, you can change the icons around, and put what you care about upfront. So, not only are you making the TV fit you personally, but it will also make your apps more accessible, so you do not have to make as many clicks.

When your favorite show is about to start every click counts. Save yourself a few seconds and install one of these nifty Android Launchers.

There are many Android TV Launchers out there; knowing which one to chose can be daunting. Take a breather, we have done the work for you.

Searching for TV Launchers in Google Play, one of the first options you are presented with will be Ugoss. It is an excellent and sleek launcher that has a side carousel, and each option in the carousel filters all of the apps.

So, the “All Apps” section would display every item that is available on your Android TV. The Gear icon will display different settings for your TV. The Options section lets you further customize this great launcher.

A great thing about this launcher is that when you download an item, you do not have to put it into the category itself. The Ugoss Launcher automatically places the new app in the category it should be in for you.

One of the reasons that Ugoss is listed near the top of the vast list is because it has a four-star rating.

There are still plenty of reviews from that time. They did have some stability issues, but they have been addressed, and there have not been many complaints since.

Personally, out of all of the launchers that were reviewed, ATV Launcher is probably the nicest. There is a nice basic layout that is highly customizable. You can set the color, height,  and even the image for any application.

This launcher also allows you to have widgets installed. You are able to see the weather from your home screen for example.

This widget alone can make your TV feel more like your phone.

With the ATV Android TV Launcher, you can customize the wallpaper and the height of your app rows. That is customization.

The ATV Launcher offers two versions, a free version and a paid version. The paid version provides some security to your TV. You can have hidden folders, and you can protect your folders with a password.

The display looks pretty much the same, but the free version has something that the paid version does not have; ADS.

For only $2.99 some extra security to your Android TV Launcher, the price is very reasonable. It will keep people from seeing what you like. And you will not have to deal with some minor ads.

No review of Android TV Launchers would be complete without reviewing the launcher created by the company that created Android itself, Google. Google may be great at many things internet and Android, but it might be best for Google to stick with what they know. You will see why below.

The Android TV Launcher is a very basic launcher.

There are many Android TV Launchers that perform better and have better reviews. I guess that just because you created the operating system that does not mean that you can develop enhancements for it that people will like. Heck, they have created something that does not seem to work correctly.

This Android TV Launcher does not seem to be actively supported by Google any longer. Their last update to the launcher was on 16 November 2017. One would think that since Google created Android, they would have the best working Android TV Launcher.

The Android TV Launcher has one of the lowest ratings for launchers in the app store. It has a 2.7 out of 209 reviews.

It would be wise to find an Android TV Launcher that works better or at the very least a launcher that is still being supported.

It looks very basic and does not seem to be fully customizable. The description in the Play Store says that it puts “content at the center” so that you can find “content with the least amount of friction” I am not even sure what that means. Maybe they are trying to help you save a few clicks. According to their reviews, it is not something at which they excelled.

I have to say, that reviewing the many launchers out there was a bit of a daunting task. Installing the different launchers is easy, but just because they are all easy does not mean you should use just any old Android TV Launcher, make sure that you find one that fits what you want it to do.

Also, do not just look at the pretty pictures that they display on the download page. Look at what people that are using the launcher have to say. I am not saying believe every single poor review, there are liars out there and people with an agenda. But, if there are many of the same complaints and there has been no attempt to remedy them, be afraid. Be very afraid.

I would also recommend that you check to see when it was last updated. If it has been a while, it may mean that the Android TV Launcher is no longer being supported. If it is not being supported, you may run into issues that cannot be easily fixed.

There are paid and free versions of many launchers, I only looked at the free ones. Sometimes, the free launchers look and perform better than the paid ones.