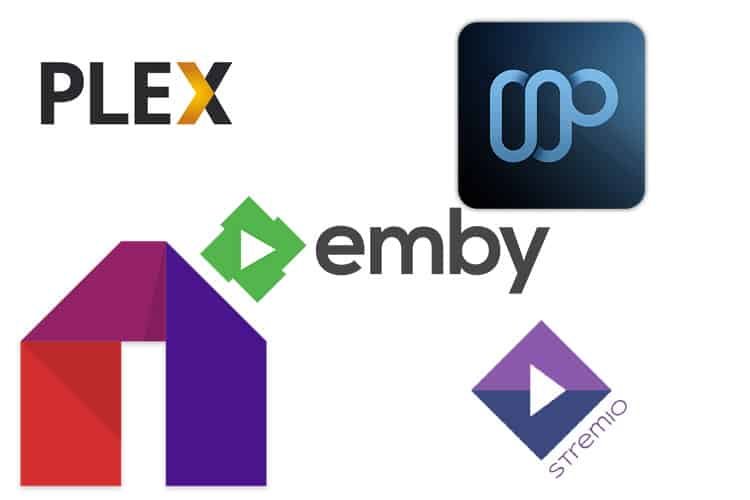 Kodi is undoubtedly a titan figure in the world of online streaming. This platform has been around for several years and has made a name for itself by providing easy access to a seemingly endless amount of video content. But unfortunately, there has been some bad news following the platform for some time now.

The software has a history of legal issues. Whether it’s various add-ons getting taken down or the constant fear of the entire platform being shut down, using Kodi has often been a precarious thing. That’s why we’ve compiled a list of great alternatives that you can use as a backup plan.

Why Should I Consider Getting a Kodi Alternative?

The fact is that the online crackdown of various streaming services has only become more severe over the past couple of years. It would be wise to keep up with these events so that you can prepare yourself for any sudden changes.

While the Kodi streamer has certainly been the go-to media platform for millions of people worldwide, all good things come to an end. There’s no denying that Kodi had a great run but it may very well be time to abandon ship so that you can find a new one. Not only will having a replacement streaming platform be great insurance in case a Kodi shutdown does occur but it will provide some peace of mind knowing that you won’t be in the middle of a legal conundrum.

Despite the fact that Kodi has certainly made a major impact on the domain of online streaming, it would also be safe to say that Kodi was never perfect. It was compatible with a wide array of add-ons but it was also lacking in certain areas. This is why many people would often use more than one media center. Having a secondary one that complimented Kodi allowed them to cover all of their bases and acquire all of the content that they needed.

The list we have below has been tailored to provide alternatives to Kodi that not only provide a similar experience but also offer features that Kodi lacked. The idea isn’t to get a replacement that is adequate but is as good or even better than the original.

Will It Still be Safe to Use these Kodi Alternatives?

The legality of 3rd party streaming platforms and add-ons has never been black and white. Even many users of Kodi are still confused about whether or not the software is legal, and who can blame them?

The fact is, using Kodi is technically speaking not illegal. Kodi is merely a piece of software that allows for the playback of audio and video files. This in and of itself is not illegal.

The point in which Kodi and other similar apps start to tread the line of ethics is when any of the content used on the platform is in violation of copyright law.

For example, if a 3rd party add-on is installed into Kodi that has illegal access to content that it doesn’t own the rights to, this is in violation of the DMCA (Digital Millennium Copyright Act). Redistributing content or data that you do not own is illegal, though being on the receiving end of this distribution (as in viewing the streamed content from your phone or computer) is a little more complicated.

Anyone who views content that is in violation of copyright laws is at risk, even if not to the same extent as companies who performed the illegal acquisition in the first place. That is why the general recommendation is to use a VPN (Virtual Private Network) when engaging with these media platforms.

A VPN will mask your IP address from your ISP and any organizations that are designed to counter copyright law infringements. VPNs will protect you in the off chance that you have been using such content without even knowing it. VPNs are a powerful tool in the modern digital age and this is true regardless of whether you are using Kodi or some other alternative.

With all of that said, let’s get down to our list of the best alternatives to Kodi in 2022.

The first Kodi alternative for 2022 that you should really pay attention to is this great streaming platform called Plex. If you’ve never heard of it then you will be glad that we put it on your radar.

Plex is arguably the best Kodi streaming alternative because of how much it has in common with the Kodi platform itself. Plex is a very well-optimized piece of software. This means that it can run very well on a variety of computers regardless of how powerful or weak they are. Whether you have a new $2000 desktop PC or an old laptop that is years out of date, Plex will work fine.

Plex is also very versatile. It’s compatible not only with Windows and Mac OS but Linux as well. It can also easily be installed on Android and iOS smartphone devices. You can even use it with Roku and a couple of gaming consoles like the Xbox One or the PlayStation 4. One thing to note, though, is that Plex is primarily used to stream from your own media library on your computer or a server.

One of the best things about this Kodi alternative for 2022 is its user interface. It’s very sleek and also very easy to manipulate. The add-ons are displayed in a similar fashion to the ones from Kodi which will make users feel right at home if they are transitioning from Kodi.

Plex comes with a free version and a premium one which costs $4.99 a month. This paid version gives you access to some bonus features like high-definition audio streaming and playlists that are generated by a more advanced algorithm.

Longtime connoisseurs of streaming platforms may have heard of Emby before. Back in the day, this media browser was nothing more than, well, a simple media browser. It had limited functionality and could not compete with many of the other choices at the time. Now, Emby has really stepped up its game and has become one of the best Kodi alternatives for 2022.

There are three versions of Emby that you can choose from. The primary one is the Emby Server, which gives you access to the basic streaming player for Windows, Linux and Mac OS. The second one is called Emby Mobile apps, which can be used on Android and iOS. The last is called Emby TV apps and can be used with a wide variety of platforms or tools, including Chromecast, Samsung Smart TV and Android TV.

Emby is free of charge but we highly recommend investing in Emby Premiere if you make this your Kodi alternative of 2022. It costs $4.99 a month, or $54 a year, or you can make a single one-off payment of $119 to own Emby for life.

Emby Premiere comes with a huge amount of extra features that most premium options can’t keep up with. You’ll receive apps that are compatible with Android, Fire TV, and even gaming consoles. You’ll also get DVR functionality, cloud and folder sync, a self-organizing content manager and much more.

Like Plex, Emby requires you to install a server on one of your devices that will then provide access to all your media files from virtually any device.

While the two previous options had a lot in common with Kodi, MediaPortal has some very nifty features that set it apart from the rest of the competition.

Arguably the best thing about MediaPortal being a great alternative to Kodi is the ability to record live content. If you are streaming a show or film that you really enjoy you can record it and watch it again later whenever you wish.

MediaPortal can be very easily synced with the data on your hard drive so that you can use it as a hub for all of your video and audio files. It will also detect DVD and Blu-Ray discs no problem.

MediaPortal supports a large number of add-ons so the odds are that many of your favorite 3rd party channels will work just fine here. MediaPortal also has one of the simplest and most intuitive user interfaces we’ve ever seen on a media player.

There is, unfortunately, one downside to it – it is only currently available for Windows. No smartphone or Linux and Mac users will be able to use MediaPortal. It’s quite the shame and we hope that MediaPortal expands its support in the future but it still deserves to be on this list for being a great successor to Kodi.

MediaPortal is completely free to use. Be advised that there is a fake “premium” version of MediaPortal that costs $4.99 a month but this is a scam and it offers no extra features. This paid version has nothing to do with the actual MediaPortal or its creators as the software is open source and is entirely free to use.

Stremio is becoming one of the most popular media platforms out there and for good reason. This is perhaps the one Kodi alternative that comes closest to emulating the experience of using a more high-end streaming service like Netflix or HBO Go.

Perhaps the best thing about Stremio is the platform’s devotion to acquiring high-quality videos. Stremio is absolutely loaded with content that can only be viewed in HD, making it one of the best places to go if you only want to see 720p or higher.

This media center also has a great recommendation system similar to that of Netflix. The more shows or films you watch, the better that Stremio will get at suggesting you recommendations that fit your viewing habits. This makes it easier to find new content that will better appeal to your unique taste.

As an added convenience Stremio also has subtitle support which is something that many people have felt was lacking in many other media centers. Additionally, you can create a favorites section so that you can save your favorite content all into one category. This makes it very easy to locate your all-time favorite shows or movies in one simple location.

There is also a notification system that alerts you whenever a new program has been added to the roster. You’ll always be up to date on the new offerings of this great Kodi alternative in 2022. 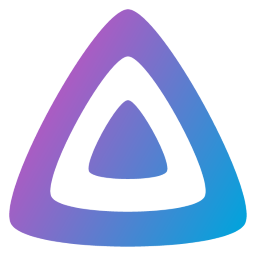 We previously had Mobdro listed as another option to replace Kodi, but sadly, Mobdro was shut down in early 2021 due to legal issues. However, there are more than enough media players and managers to fall back on. So let’s look at the newest additions to this list: Jellyfin.

Jellyfin is very comparable to Plex, providing the ability to manage your media library on a slick web-based UI. This gives you streaming access to all your movies and TV shows wherever you are.

As you would expect, Jellyfin provides all the usual features that you would expect, including media library management, movie posters, subtitle support. Best of all, you can even stream live TV and use the built-in DVR feature to record your favorite shows.

Being open-source, Jellyfin is free to download and use. It can be installed on Windows, Mac, Android, and virtually every other OS and device you can imagine.

Last update on 2022-01-22 at 16:33 / Affiliate links / Images from Amazon Product Advertising API. As an Amazon Associate I earn from qualifying purchases.